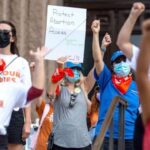 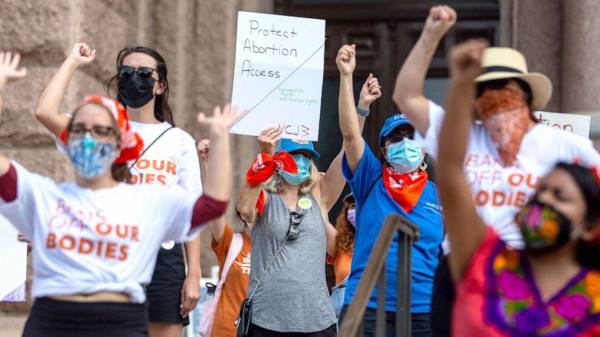 Planned Parenthood affiliates in Texas filed for a temporary restraining order against an anti-abortion group in the latest stage of the fight for abortion rights.

The request is to stop Texas Right to Life and associates from suing Planned Parenthood abortion providers and health care workers under Senate Bill 8, the six-week abortion ban that went into effect in Texas this week that is the most restrictive abortion law in effect in the nation.

S.B. 8 curiously prohibits the state from enforcing the ban but allows private citizens to bring civil suits against anyone who “aids or abets” an abortion.

MORE: Why the Texas abortion law could be in effect for 'months at a minimum'

Texas Right to Life has been at the forefront of the push for civilians to enforce the ban and has launched a website for people to submit claims that they know someone who gave or aided an abortion after six weeks of pregnancy.

The filing claims Texas Right to Life’s “threatened implementation of the six-week ban and its enforcement scheme, as well as S.B. 8’s fee-shifting provision, would cause imminent, irreparable injury” to Planned Parenthood providers and workers.

Tripplaar Kristoffer/Sipa USA via AP, FILEA logo sign outside the Planned Parenthood Gulf Freeway location is pictured on May 28, 2017 in Houston.

“Anti-abortion activists are already staking out our health centers, surveilling our providers, and threatening our patients,” Helene Krasnoff, vice president for public policy litigation and law, Planned Parenthood Federation of America, said in a statement. “The physicians, nurses, and clinic staff at Planned Parenthood health centers in Texas — and at abortion providers statewide — deserve to come to work without fear of harassment or frivolous lawsuits.”

The law went into effect at midnight Wednesday after the Supreme Court failed to respond to abortion providers’ request for an emergency injunction while the law is being challenged in courts. The Supreme Court later issued an unsigned order refusing to block the law that experts see as blatantly unconstitutional under Supreme Court precedent.

MORE: How unprecedented the Texas abortion law is in scope of history

In the hours before the law went into effect, abortion providers in Texas raced to provide care for patients up until midnight. Meanwhile, anti-abortion protesters rallied outside.

Marva Sadler, Whole Woman’s Health director of clinical services, told ABC News on Wednesday that walking out of the clinic in Fort Worth that night was “scary.”

“We knew that there were protesters out on the sidewalk,” she said. “We knew that they were watching our every move. We felt almost infiltrated, as if we were being set up.”

While the law is in effect, it is continuing to be litigated.