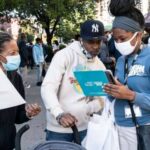 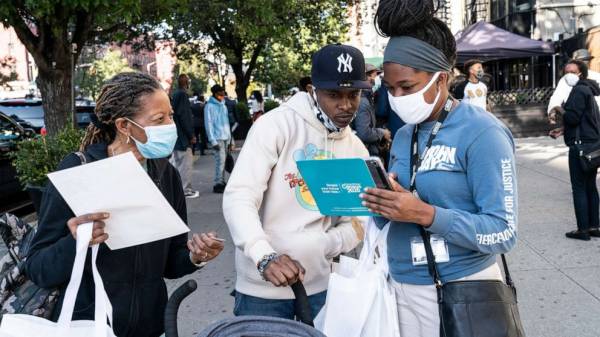 The Census Bureau on Thursday released the first district-level 2020 Census results, setting off redistricting battles that could help determine whether Republicans or Democrats win control of the House of Representatives in the 2022 midterm elections.

The redistricting process, in which states are required by law to draw districts with roughly the same number of residents to ensure equal representation, will determine how certain communities are represented in Congress — and with Republicans nationwide having a stronger hold on how districts are drawn, Democrats fear partisan gerrymandering could put them at a disadvantage in 2022.

“Republicans enter this redistricting cycle with the power to redraw 187 congressional districts to Democrats’ 75, which means redistricting could hand control of the House of Representatives back to Republicans in 2022 all by itself,” FiveThirtyEight’s Nathaniel Rakich writes.

This year is also the first time redistricting will take place since the Supreme Court gutted a part of the Voting Rights Act addressing discriminatory maps in 2013.

In 2019, a landmark ruling from the Supreme Court essentially found that court challenges to partisan maps would be moot because they are out of the purview of federal courts.

Many state legislatures and commissions have already begun discussing the maps of new congressional and legislative districts but were waiting for the Census data — delayed by the pandemic — before drawing them.

According to FiveThirtyEight’s redistricting tracker, developed in conjunction with ABC News, at least nine states have upcoming preliminary or final deadlines in fall 2021 for either drafts of or final congressional district maps.

Six states are set to add congressional seats, seven states will each lose one seat and the remaining 37 states will keep the same number of congressional districts, the Census Bureau’s acting director announced in April.

Texas, which Democrats have set their sights on for years, is expanding to add two seats, the largest boost for any state. Some of its fastest growing population centers are in the suburbs of its larger cities, which have trended toward Democrats in recent years, and 656% more Texans identified as multiracial in 2020 compared with 2010, while its multiracial population that identifies as Hispanic or Latino rose over 1,000%. It’s Black or African American only population rose by 19%, while its white population declined by nearly 18%.

The Texas Civil Rights Project said in a press release Thursday afternoon that the growth of communities of color has led the state to gain additional representation in the nation’s capital.

“Texas is getting more political power in DC because of growth in our communities of color. In every redistricting cycle in the last half-century, courts have found that Texas violated the Voting Rights Act or intentionally discriminated against communities of color to dilute their vote. There are many politicians in the state who would like to see that happen again, but when the new districts are drawn this year, we must ensure that these growing populations finally get fair representation,” Joaquin Gonzalez, staff attorney with Texas Civil Rights Project, said in the release.

Florida and North Carolina, two competitive swing states in the last election, are both picking up one seat along with Colorado, Montana and Oregon.

Of the states losing one seat, all but two — Ohio and West Virginia — voted for President Joe Biden in the 2020 election. The five other states are Illinois, Michigan, New York, Pennsylvania and California, which is losing a seat for the first time.

Republicans have focused on diversifying their base as the country’s population has changed, and they are looking to recruit more candidates of color to reflect the districts they may represent.

The Census Bureau said the new data revealed a more diverse United States than has ever been recorded.

The country diversified while the white only population was the only racial or ethnic group to shrink and did so for the first time, according the data.

“These changes reveal that the U.S. population is much more multiracial and much more ethnically diverse than what we measured in the past,” Nicholas Jones, the director and senior adviser of race and ethnic research and outreach at the Census Bureau, said in a press conference Thursday.

Jones attributed that growth partly to a new two-question format for race and ethnicity in the 2020 census.

“Today’s release of 2020 Census redistricting data provides a new snapshot of the racial and ethnic composition and diversity of the country. The improvements we made to the 2020 Census yield a more accurate portrait of how people self-identify in response to two separate questions on Hispanic origin and race, revealing that the U.S. population is much more multiracial and more diverse than what we measured in the past,” Jones said in an accompanying press release.

Still, Americans who identified as white alone — 57.8% — made up the largest group and a majority, decreasing from 63.7% in 2010. California, Washington, D.C., New Mexico and Puerto Rico are the only states or territories where the white alone population is not the largest population group.

The second-largest group was the 18.7% who identify as Hispanic or Latino, which can also include any race. That population grew 23% over the past decade.

Those who identify as Black or African American alone followed at 12.1%.

Another 33.8 million Americans identified as multiracial in 2020, a 276% increase compared with 2010, according to the Census Bureau, although officials said the increase may also have to do with how the questions were asked.

Jones highlighted states’ diversity index scores, which the Census Bureau defines as “the chance that two people chosen at random will be from different racial and ethnic groups,” as one method used to measure the country’s racial and ethnic diversity.

The states with highest diversity index scores were Hawaii, California and Nevada. On the east coast, Maryland, the District of Columbia, New York, and New Jersey also received high scores.

Previous : Afghanistan updates: Thousands of US troops to help with US Embassy departures
Next : More than 9,000 anti-Asian incidents since pandemic began