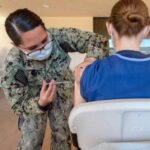 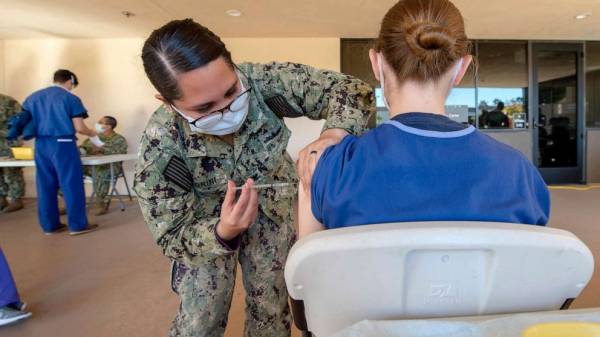 New vaccine requirements for federal employees expected to be announced by President Joe Biden Thursday “very well” could mean troops will be required to get the shot, a senior Pentagon official told ABC News on Wednesday. But if not, it still may only be a matter of time.

Because COVID-19 vaccines are available to the military under the Food and Drug Administration’s emergency use authorization (EUA), the shot has so far been strictly voluntary.

“It is not FDA approved, and therefore, it is still a voluntary vaccine,” Pentagon press secretary John Kirby told reporters earlier this month. “I would like to add that as we speak, almost 69% of DOD personnel have received at least one dose. That’s not bad.”

On Saturday, Austin told reporters “at least 70% of the force” has received one dose or more, a number comparable to the Centers for Disease Control and Prevention’s reporting of 70.2% for all 18-year-olds and older in the U.S. population.

While the DOD can’t independently decide to force service members to take a vaccine that isn’t fully approved, the president “may under certain circumstances waive the option for members of the armed forces to accept or refuse administration of an EUA product,” according to the FDA.

Biden said Tuesday that a federal mandate is “under consideration” and sources familiar with the discussion told ABC News the president is likely to announce federal employees will be required to be vaccinated, or else abide by “stringent COVID-19 protocols like mandatory mask wearing — even in communities not with high or substantial spread — and regular testing.”

The president demurred on the issue when asked by ABC News White House correspondent Karen Travers as he arrived in Allentown, Pennsylvania, on Wednesday.

“I’m talking about made in America today, that’s all I’m going to talk about,” Biden replied. “Tomorrow I’ll talk about whatever you want to talk about, including COVID.”

If Biden doesn’t include service members in a mandate for federal workers, one could still come later.

Pentagon officials have publicly said they would consider requiring COVID vaccinations, as is done with more than a dozen other vaccines, after the FDA fully approves the vaccines.

“I believe that when it’s formally approved, which we expect pretty soon, we probably will go to that, and then that question will kind of be moot,” Vice Adm. John Nowell told a sailor in a town hall question-and-answer video posted to Facebook last month.

On July 1 the Army Times reported it had obtained an internal Army memo that said commanders should “prepare for a directive to mandate COVID-19 vaccination for service members (on or around) 01 September 2021, pending full FDA licensure,” the order said.

“As a matter of policy we do not comment on leaked documents. The vaccine continues to be voluntary,” Maj. Jackie Wren, an Army spokesperson told ABC News. “If we are directed by DOD to change our posture, we are prepared to do so.”

MORE: Will the military make the COVID-19 vaccine mandatory?

“Readiness has always been a key component of any military, especially one as expeditionary as the U.S. Ever since the existence of vaccines they have been a part of the readiness capability,” Mulroy said. “If the medical professionals in the CDC and the DOD determine it is safe and critical to protect our force from COVID and all its variants, then that should be dispositive on the issue.”

So far, the Pentagon has not announced any official decisions for the future.

“There has been no change to our use of the vaccine as a voluntary measure of protection,” Kirby said in a statement to ABC News Tuesday. “We continue to urge everyone in the department to get vaccinated.”

A defense official confirmed on Wednesday that this stance has not changed.