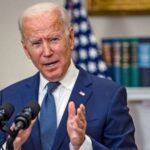 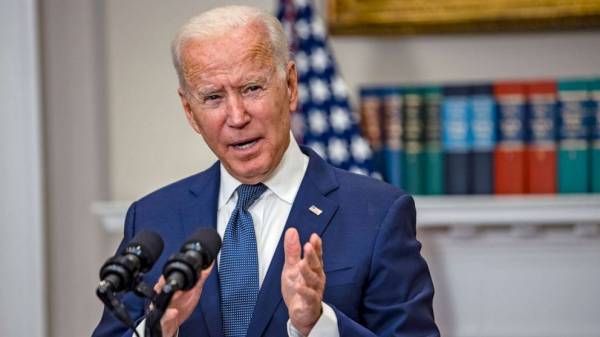 Amid criticism from U.S. allies over the chaotic withdrawal in Afghanistan and pressure to extend his Aug. 31 deadline, President Joe Biden met virtually with G-7 partners on Tuesday with just a week left to evacuate thousands of civilians and to pull out thousands of U.S. troops.

National security adviser Jake Sullivan said leaders are meeting “to ensure the world’s leading democracies are aligned and united on the way forward.”

“We are working with partners to address the acute humanitarian needs of the Afghan people and we will remain persistently vigilant against the terrorism threat in Afghanistan and in multiple other theaters,” Sullivan said Monday.

As the deadline to evacuate looms, approximately 58,700 people have been evacuated from Kabul since Aug. 14, when the Taliban took control of the government, according to a White House official. Since the end of July, the U.S. has relocated approximately 63,900 people.

Officials have been vague when asked how many Americans still need to be evacuated, only saying that there are “thousands,” and blaming it on citizens not registering with the embassy when they arrive or deregistering when they leave.

Adding to the scramble to evacuate, U.S. officials are also concerned about a possible attack from ISIS-K at the airport looking to exploit the situation of the packed crowds outside trying to gain entrance.

The U.S. has been working at a lightning pace to speed up evacuations as Taliban leaders have said that Aug. 31 is a “red line” for troops to leave and doubled-down during a Tuesday morning press conference, saying they will reject any U.S. military presence or evacuations past the end of the month.

President Biden has said that U.S. troops will stay until every American and Afghan SIV applicant has been evacuated, which is directly at odds with the Taliban’s position.

Their firm stance on that deadline comes after CIA Director William Burns met with Taliban leader Abdul Ghani Baradar on Monday, a source familiar with the matter confirmed to ABC News, the highest level in-person meeting between a Biden administration official and the Taliban since the militant group took over Kabul.

“We are in talks with the Taliban on a daily basis through both political and security channels,” Sullivan said Monday before the Burns meeting was reported.

Doubts about American leadership have risen in the fallout of the American withdrawal and G-7 leaders are all but certain to raise their concerns with Biden, even as he’s worked the phones to instill confidence and keep them updated on progress in the past week.

Since Aug. 17, Biden has spoken to seven world leaders, and twice spoke with UK Prime Minister Boris Johnson, who’s parliament has lambasted Biden for the execution of the withdrawal.

Tom Tugendhat, chairman of Parliament’s Foreign Affairs Committee, called it the “biggest foreign policy disaster” since the Suez crisis. Tobias Ellwood, chair of the Defense Committee, said, “Whatever happened to ‘America is back’?” And former UK Prime Minister Teresa May asked fellow members, “Did we feel we just had to follow the United States and hope that on a wing and a prayer it’d be all right on the night?”

Wakil Kohsar/AFP via Getty ImagesAfghans gather on a roadside near the military part of the airport in Kabul on August 20, 2021, hoping to flee from the country after the Taliban’s military takeover of Afghanistan.

In an exclusive interview with ABC News’ George Stephanopoulos, Biden defended the withdrawal and said he didn’t think it could have been handled any better.

The president has also conceded that the speed of which the Taliban took over the country was faster than expected.

Previous : ‘Risk is very high’ for another attack in Kabul: Secretary of State Antony Blinken
Next : California’s Recall Is a Blow to Democratic Change