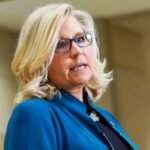 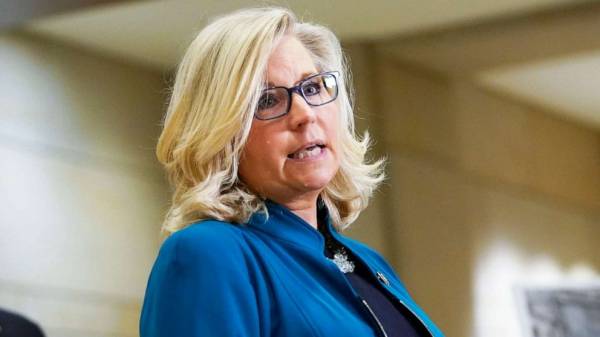 “What we’re watching right now in Afghanistan is what happens when America withdraws from the world,” Cheney told ABC “This Week” co-anchor Jonathan Karl. “So everybody who has been saying, ‘America needs to withdraw, America needs to retreat,’ we are getting a devastating, catastrophic real-time lesson in what that means.”

The Taliban entered Kabul, Afghanistan’s capital, early Sunday morning to negotiate a peaceful transfer of power at the presidential palace. This came shortly after Jalalabad became the latest major Afghanistan city to fall to the Taliban.

On Thursday, the State Department announced it was reducing its staff levels at the U.S. Embassy in Kabul and the Pentagon began sending in troops to help facilitate those departures. The president on Saturday authorized an additional 1,000 U.S. troops for deployment to Afghanistan, raising the number of troops to 5,000 to assist with “orderly and safe drawdown.”

Cheney, who serves on the House Armed Services Committee, said Sunday on “This Week,” that the Taliban’s rapid takeover did not have to happen, as “everyone was warned.”

“I think if you look at where we were, if you look at what it would have taken in terms of maintaining the status quo, 2,500 to 3,500 forces on the ground, conducting counterterrorism, counterintelligence operations, this disaster, the catastrophe that we’re watching unfold right now across Afghanistan did not have to happen,” Cheney said. “And it’s not just that people predicted that this would happen, everyone was warned that this would happen.”

The ramifications of the current situation extend further than just Afghanistan and the war on terror, but globally, Cheney told Karl.

“Our allies are questioning this morning whether they can count on us for anything,” Cheney said.

MORE: US moving personnel out of its embassy in Kabul: Blinken

Karl pressed Cheney on the argument made by Republicans and Democrats, including former Rep. Justin Amash, that no matter when the U.S. were to withdraw, the results would be the same.

“This is not ending the war, what this is doing actually is perpetuating it,” Cheney responded. “What we’re seeing now is a policy that will ensure — ensure, that we will in fact have to have our children and our grandchildren continuing to fight this war at much higher costs.”

“So everybody — the Rand Paul, Donald Trump, Mike Pompeo, Joe Biden view of the world here is fundamentally dangerous and irresponsible and wrong,” Cheney added.

Karl also asked Cheney about the fact the majority of Americans supported the U.S. withdrawal.

“As you know, poll after poll, for the last several years, have shown that most Americans wanted us out of Afghanistan,” Karl said. “So can you really maintain for the long term a military operation that most of the American people do not support?”

Taliban at presidential palace to negotiate transfer of power

“As leaders we have an obligation no matter what the issue is to tell the American people the truth, and we have an obligation to explain what’s necessary,” Cheney responded. “If American security requires that our enemies can’t establish safe havens to attack us again, then our leaders across both parties have the responsibility to explain to the American people why we need to keep the deployment of forces on the ground.”

“This has been an epic failure across the board, one we’re going to pay for for years to come,” Cheney added.

Previous : Afghanistan updates: US Embassy says to avoid airport because it’s taking fire
Next : US moving personnel out of its embassy in Kabul: Blinken