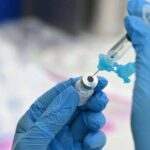 Biden administration to begin rolling out booster shots the week of Sept. 20 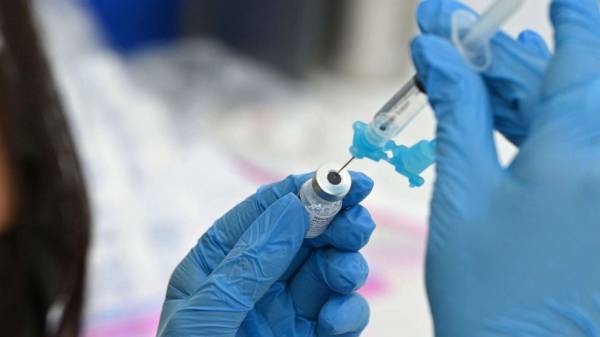 The Biden administration is prepared to begin rolling out booster shots for many Americans the week of Sept. 20, the nation’s top health officials announced Wednesday, citing data that show the effectiveness of Pfizer and Moderna vaccines against COVID-19 diminishes over time.

“Having reviewed the most current data, it is now our clinical judgment that the time to lay out a plan for COVID-19 boosters is now,” U.S. Surgeon General Vivek Murthy said at a White House briefing.

The White House said the move was necessary to stay ahead of the virus and urged anyone who hasn’t gotten a shot to do so. A final plan was still contingent upon the official sign-off by the U.S. Food and Drug Administration.

The recommendation will be that anyone who received Pfizer or Moderna vaccines should get a booster shot eight months after their second shot, with health care workers, nursing home residents and seniors first in line.

“You don’t want to find yourself behind playing catch up. Better stay ahead of it than chasing after it,” said Dr. Anthony Fauci, chief medical adviser to the White House.

The question of booster shots has grown increasingly urgent as the delta variant surges.

Wednesday’s decision was largely based on data showing that vaccines are still working and are the best assurances against severe illness or death — but that key metric could also wane in a few months, according to CDC data.

“Even though our vaccines are currently working well to prevent hospitalizations, we are seeing concerning evidence of waning vaccine effectiveness over time and against the delta variant,” CDC Director Rochelle Walensky said at the briefing.

That data is mostly coming from “worsening outcomes in other countries,” she said.

“Given this body of evidence, we are concerned that the current strong protection against severe infection, hospitalization and death could decrease in the months ahead, especially among those who are at higher risk or who were vaccinated earlier during the phase of our vaccination rollout,” Walensky said.

But that’s just when it comes to keeping people out of hospitals. When it comes to more mild breakthroughs, data suggest vaccine effectiveness is already waning, particularly in the face of the delta variant.

This is especially true for the elderly, with a separate CDC analysis finding that Pfizer and Moderna vaccine efficacy dropped “significantly” among nursing home residents from March to July, as the delta variant became the predominant strain in the United States.

The study found that the two vaccines were 75% effective last winter and early spring at keeping the nursing home residents from getting infected. But that number dropped to 53% effective as of Aug. 1.

“It does appear overall vaccine effectiveness is declining from May to July. The good news is that vaccine effectiveness against hospitalizations has remained quite robust without much evidence of decline,” said Dr. Dan Barouch, director of the Center for Virology and Vaccine Research at Beth Israel Deaconess Medical Center.

“You could really get multiple benefits from doing this — you can get benefits for disease, severity of disease, and then ultimately infection and transmission,” Fauci said.

“The increase with a boost is really quite striking,” he said.

Given the benefits, the surgeon general said that eventually Americans will only be deemed “fully vaccinated” if they have three shots.

The White House also said the U.S. has enough vaccine supply to provide boosters to everyone.

“We will make sure that it is convenient and easy for all Americans to get their free vaccine, their booster shot, at around their eight month mark,” White House COVID coordinator Jeff Zients said.

Nearly 199 million Americans have gotten at least one dose of the vaccine, and the vast majority got Pfizer or Moderna. But boosters would be administered on a rolling basis, only recommended as people hit eight-months since their second dose.

For now, the upcoming boosters will be aimed at people who received the Pfizer and Moderna vaccines only. But officials say they anticipate authorizing boosters for people who got the Johnson & Johnson vaccine as well. The first J&J vaccines weren’t administered until March, and the Biden administration says it expects more data on the effectiveness of that vaccine in a few weeks.

MORE: 5 things to know about Biden's plan to roll out COVID boosters this fall

The plan to offer booster shots is contingent upon an official sign-off by the FDA on the safety and effectiveness of a third dose, although a joint statement on Wednesday from the CDC, FDA and others suggested that was a foregone conclusion.

The CDC also has to sign off with specific recommendations. CDC advisers planned to meet Aug. 24 to discuss the matter. One issue likely to be discussed by CDC advisers is whether it will be advisable to opt for a different brand of vaccine as a booster. Studies on whether to “mix and match” vaccines have been ongoing.

One question is whether the U.S. effort on boosters will unfairly take resources from countries that are still very far behind on vaccinations.

The White House COVID team was insistent Wednesday that the U.S. can do both.

“I do not accept the idea that we have to choose between America and the world,” Murthy said.

“We clearly see our responsibility to both and we’ve got to do everything we can to protect people here at home while recognizing that tamping down the pandemic across the world and getting people vaccinated is going to be key to preventing the rise of future variants,” he said.

Previous : Surgeon General defends US booster shot plan as much of the world awaits vaccines
Next : Pandemic fiction: Fall books include stories of the virus