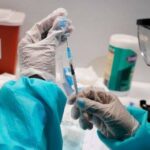 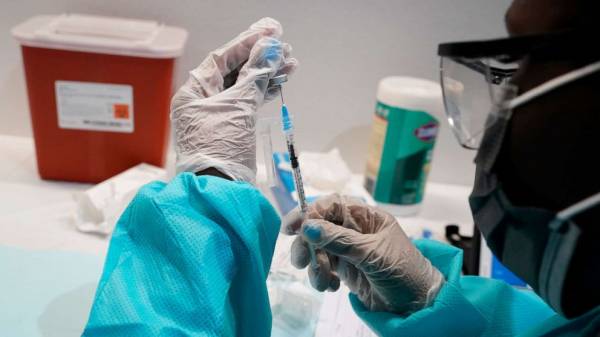 Driven by the more transmissible delta variant, COVID-19 cases and deaths are up nationwide by more than 20% compared to last week’s seven-day average, Centers for Disease Control and Prevention Director Rochelle Walensky said Thursday, and hospitalizations are up over 30% over the previous week.

On average, cases over the last seven days are up 24% from the week before, hospital admissions are up 31% and deaths are up 22%.

“As we have been saying, by far those at highest risk remain people who have not yet been vaccinated,” Walensky said at a White House briefing.

The surge in cases is far worse in certain areas of the country, although the vast majority of Americans now live in an area with dangerous levels of transmission.

Over the past week, Florida has had more cases of COVID than all 30 states with the lowest case rates combined, and Florida and Texas have together accounted for nearly 40% of new hospitalizations across the country in the last week, the White House said.

At the same time, 90% of counties are now considered to be areas of substantial or high transmission, which the CDC defines as more than 50 cases per 100,000 people or a test positivity rate higher than 8%.

“We all know that vaccines are the very best line of defense against COVID and how we end this pandemic,” White House COVID coordinator Jeff Zients said.

To that end, Zients heralded the news that vaccination rates continue to rise in states that have been hardest hit by the virus, including much of the Southeast.

Vaccinations have also doubled nationwide over the past month in the 12-17 age group, which is vital as kids return to school and are more at risk of getting or spreading the virus.

“For the first time since mid-June, we’re averaging about a half-million people getting newly vaccinated each and every day,” Zients said. “And overall in the last week, 3.3 Americans rolled up their sleeve to get their first shot.”

According to the White House, vaccinations over the past month have tripled in Arkansas and quadrupled in Louisiana, Alabama and MIssissippi — some of the least vaccinated states in the whole country, with uptake in the 30-40% range.

Florida, which has the second highest rate of COVID in the country, has also increased its vaccination rates. Though it had a higher vaccination rate than other hard-hit states prior to the delta surge, vaccinations have still more than doubled in the last month.

The increase couldn’t come soon enough, though, as tens of thousands of doses are expected to expire after months of slow vaccination rates.

While the full extent of COVID-19 vaccine waste in the U.S. remains unknown due to data reporting disparities between the states, research by ABC News found that 5,744 doses expired in Arkansas last month.

Health officials in Alabama confirmed to ABC News that in the past two weeks, approximately 35,147 doses have been discarded — accounting for more than half of the 65,000 doses that have gone unused in the state since the beginning of the year.

And in Mississippi, where the 35% vaccination rate is one of the lowest in the country, officials told ABC News that roughly 40,600 doses have expired so far.

MORE: As US battles delta variant, tens of thousands of vaccine doses are set to expire

On Wednesday, the CDC announced new guidance that strongly urged pregnant women get vaccinated, based on more evidence that the vaccines are safe for mothers and their babies.

“We are strengthening our guidance and recommending that all pregnant people, or people thinking about becoming pregnant, get vaccinated. We now have new data that reaffirmed the safety of our vaccines for people who are pregnant, including those early in pregnancy and around the time of conception,” Walensky said Thursday.

She also pointed to new recommendations expected for people who didn’t have optimal responses to the first dose of their vaccines because of underlying health conditions, like cancer, HIV or organ transplants, and will soon be allowed to get a third dose of the mRNA vaccines, either Pfizer or Moderna.

“FDA is working with Pfizer and Moderna to allow boosters for these vulnerable people. An additional dose could help increase protections for these individuals, which is especially important as the Delta variant spreads,” Walensky said.

The FDA’s decision, which will be followed by a recommendation from the CDC on exactly who gets a third shot and how, will apply to about 3% of people, Walensky said.

The White House maintains that boosters are not yet needed for the general population, though they will eventually be necessary.

“Apart from the immunocompromised … we do not believe that others, elderly or non-elderly, who are not immunocompromise, need [an additional] vaccine right at this moment,” Fauci said.

“But this is a dynamic process, and the data will be evaluated,” he said. “So, if the data shows us that, in fact, we do need to do that, we’ll be very ready to do it and do it expeditiously.”

Previous : FDA authorizes vaccine boosters for people with weakened immune systems
Next : In Your Debt: Back to pre-pandemic spending? Don’t overdo it