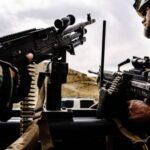 Afghanistan updates: Thousands of US troops to help with US Embassy departures 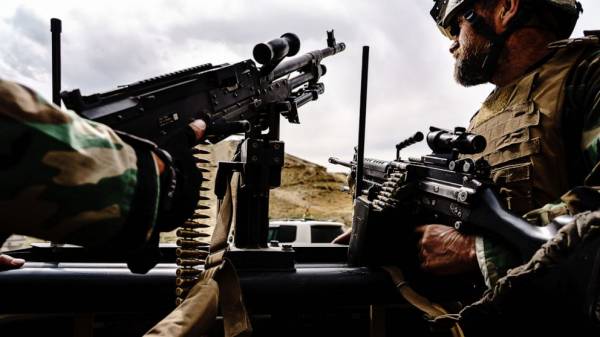 The State Department will begin reducing its staff levels at the U.S. Embassy in Kabul and the Pentagon will send troops in to help facilitate those departures, as Taliban forces advance on more provincial capitals.

“There wasn’t one precipitating event in the last couple of days that led the president and the secretary to make this decision. It’s a confluence of events, and as I’ve been saying for now for several weeks, we have been watching very closely with concern the security situation on the ground — and far better to be prudent about it and be responsible and watching the trends to make the best decisions you can for safety and security of our people than to wait until it’s too late,” Kirby said.

The events in Afghanistan over the last 24 hours, with the Taliban pressuring major Afghan cities, were significant factors in the decision to go forward with the reduction in embassy staffing and the new military mission, a U.S. official told ABC News.

Biden held a meeting with his team Wednesday night and tasked them to come up with recommendations, according to a senior administration official. Then, at a meeting Thursday morning with Austin and national security adviser Jake Sullivan, the recommendations were presented to Biden and he gave the order to move forward.

The official also said the president separately spoke with Secretary of State Antony Blinken Thursday morning to discuss a diplomatic strategy and that Biden continues to be engaged on this issue and is staying in close contact with his team on the situation.

State Department Spokesman Ned Price said the embassy in Kabul will remain open as they reduce their civilian footprint due to the “evolving security situation.” He added that they expect to draw down to a core diplomatic presence in Afghanistan.

“What this is not — this is not abandonment. This is not an evacuation. This is not the wholesale withdrawal,” Price said Thursday. “What this is, is a reduction in the size of our civilian footprint. This is a drawdown of civilian Americans who will, in many cases, be able to perform their important functions elsewhere, whether that’s in the United States or elsewhere in the region.”

The United Kingdom is also sending military personnel — about 600 paratroopers — to Kabul on a short-term basis to provide support to British nationals leaving the country, according to a joint press release from the Ministry of Defence and Foreign, Commonwealth and Development Office. The number of staffers working at the British Embassy in Kabul has also been reduced to a core team focused on providing consular and visa services for those needing to rapidly leave the country.

At the Pentagon, Kirby said the Defense Department was sending 3,000 troops from three infantry battalions — two Marine and one Army — to Kabul’s Hamid Karzai International Airport to help out with the removal of American personnel from the U.S. Embassy.

They’ll be there “temporarily” and will begin shipping out in the next 24 to 48 hours. These numbers are on top of the 650 already in Kabul protecting the airport and the embassy.

An additional 1,000 personnel will be sent to assist with the processing of Afghans who worked as interpreters, guides and other contractors and applied for Special Immigrant Visas (SIV).

“I want to stress that these forces are being deployed to support the orderly and safe reduction of civilian personnel at the request of the State Department and to help facilitate an accelerated process of working through SIV applicants,” Kirby said. “This is a temporary mission with a narrow focus. As with all deployments of our troops into harm’s way, our commanders have the inherent right of self defense, and any attack on them can and will be met with a forceful and appropriate response.”

A brigade of 3,000 to 3,500 soldiers from the 82nd Airborne will also be sent to Kuwait to preposition in case they are needed further.

Kirby called it a “very temporary mission for a very temporary purpose,” and said the DOD expects to keep no more than 1,000 troops in Kabul to protect the airport and embassy after the Aug. 31 deadline — a number that has notably crept up from the 650 troops originally set to remain.

Price said they will continue to relocate qualified Afghans who assisted the American mission, such as interpreters and others who worked for the U.S. government, and flights will ramp up in the coming days.

Blinken and Austin spoke to Afghan President Ashraf Ghani earlier Thursday to brief him on the U.S. plans, but the two U.S. officials did not tell Ghani to resign, according to a State Department spokesperson, who added, “Rumors indicating we have done so are completely false. Decisions about who leads the country are for Afghans to make.”

The Taliban have demanded that Ghani resign, in exchange for a reduction in violence and to lay the groundwork for a transitional government. But Ghani has said he is the democratically elected leader of the country and will remain so until negotiations between the Taliban and Afghan government reach a conclusion — an increasingly distant reality.

The U.S. Embassy in Kabul has also urged Americans to evacuate Afghanistan immediately, amid fears that the capital could fall into Taliban hands in a matter of weeks.

A military analysis said the city could be isolated in 30 to 60 days and be captured in 90 days, a U.S. official told ABC News, but that timeline seemed even more accelerated Thursday as the Taliban claimed Herat, Afghanistan’s third-largest city.