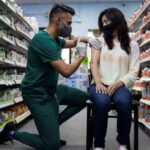 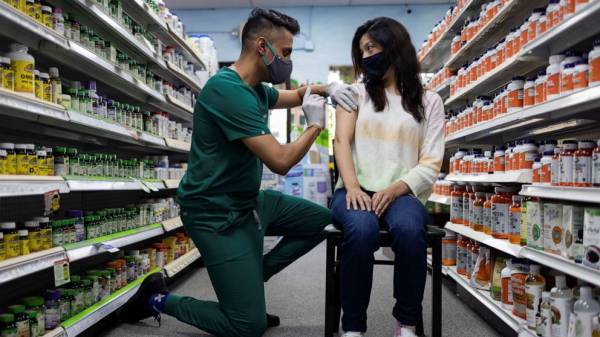 The Biden administration is expected to announce, as soon as this week, a plan to roll out booster shots for all Americans who got Pfizer or Moderna COVID vaccines more than eight months ago.

Any plan would be contingent upon getting a green light from federal agencies who say they are still reviewing the data.

Here are five things to know about boosters:

Booster shots could begin as early as mid-September

The first vaccine shots in the U.S. were given out last December — exactly eight months ago — to health care workers and nursing home residents.

Nam Y. Huh/APAn information sign regarding COVID-19 vaccines is seen outside of a CVS store in Chicago, Ill., Aug. 13, 2021.

The U.S. Food and Drug Administration has already given the green light for a third shot for people who are severely immunocompromised. But this group — patients getting treated for cancer or having experienced an organ transplant, for example — was considered less likely to have developed an immune response in the first place.

Booster shots for the broader public would only be called for if the FDA agrees with vaccine makers and independent studies that immunity is indeed waning.

8 months isn’t a precise measure of when immunity wanes

A person’s immune system is a complicated puzzle, with antibodies in a person’s blood stream as only one piece.

Scientists said they are looking at other clues too, including closely watching COVID-related hospitalizations involving vaccinated people.

Pfizer and BioNTech, which partnered to develop the nation’s first vaccine, said it has early data suggesting that a booster dose anywhere from six to 12 months after the initial vaccination will help maintain a high level of protection. Their data have not been shared publicly yet.

In particular, the company said a person getting a booster between eight and nine months after their primary shot showed higher neutralizing antibody levels against the delta variant, compared to people who received the original two doses.

But Pfizer and BioNTech also said in a joint statement that they are waiting for more data before officially submitting a request to allow for booster shots.

The number of vaccinated people winding up in the hospital with COVID-related complications is an important clue to how well the vaccines are working.

If a vaccinated person becomes infected with the virus but does not become seriously ill or transmit the virus to others, then the vaccine is still working well. But if health officials start reporting a rising number of hospitalizations involving vaccinated patients, that could signal that immunity among vaccinated populations is beginning to wane.

So far, the Centers for Disease Control and Prevention has said boosters aren’t needed, estimating that 97% of people hospitalized with COVID-19 are unvaccinated.

But that estimate was based on hospital-reported data from spring, before the delta variant began spreading wildly. The CDC said it’s not ready to release updated numbers yet, but is working on getting a clearer picture of delta’s impact on the vaccines.

The FDA and CDC still have to sign off

Pfizer and BioNTech have submitted early data to the FDA, but are still tracking people who got the vaccine. When those results are finalized, the companies are expected to ask the FDA to green light the third shots.

If the FDA signs off, an independent advisory panel to the CDC will likely convene to discuss what exactly should be recommended to Americans. That would then pave the way for an official recommendation by the CDC, along with advice to doctors and patients on getting a booster.

MORE: More kids are getting sick from COVID. Is it delta?

The FDA and CDC have said previously that booster shots for broader populations aren’t needed yet. But Dr. Anthony Fauci, the top medical adviser to President Joe Biden, has called the possibility inevitable because of the likelihood that protection would diminish over time.

Mary Altaffer/AP, FILEA registered nurse fills a syringe with the Johnson & Johnson COVID-19 vaccine at a pop up vaccination site in the Staten Island borough of New York, April 8, 2021.

Less is known about people who got the Johnson & Johnson vaccine

So far, the plan to roll out boosters is focused on Pfizer and Moderna vaccines, which rely on similar technology.

Less is known about the Johnson & Johnson vaccine, which rolled out later than Pfizer and Moderna and has been given to considerably fewer people.

Government officials say more data are expected in coming weeks on precisely how much protection J&J allows — information that will be critical in determining whether J&J recipients might need a boost.