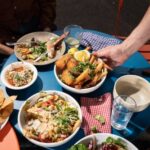 “To eat responsibly,” the poet-farmer-activist Wendell Berry has written, one ought to “deal directly with a local farmer” and “learn, in self-defense, as much as you can of the economy and technology of industrial food production.” Also: garden, cook, and compost. At Lighthouse, an airy Mediterranean restaurant in Williamsburg, the hard work of eating responsibly is made a little easier. 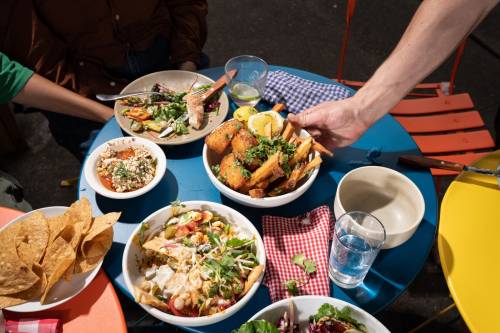 The proprietors, Assaf and Naama Tamir, a brother and sister who grew up in Israel, classify Lighthouse as Mediterranean, but the menu also branches out.

The proprietors, Assaf and Naama Tamir, a brother and sister who grew up in Israel, have taken scrupulous care to insure that their ingredients are ethically processed from beginning to end. The staff procure fresh produce from the Union Square Greenmarket. In late summer, they stock up on tomatoes and preserve them, to make sauce for pasta. They pickle vegetables and dehydrate herbs year-round. Most everything else is local, too. The oysters often come from Fishers Island, off the southeastern coast of Connecticut; the grass-fed beef is sourced from small-scale farmers upstate; the free-range chicken comes from an organic live-poultry market in the city. Occasionally, they press into service a local tuna fisherman known mononymously as Jason. 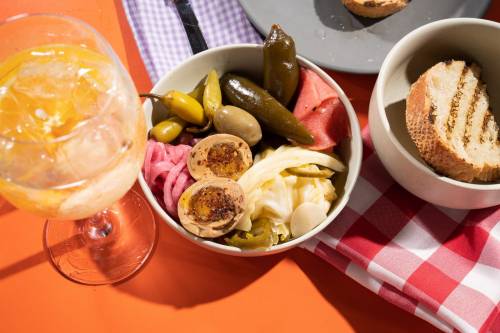 At the end of a catering event, what’s left over and comestible makes its way to Rethink, a nonprofit that provides meals to people living without food security. The shells from the oysters are donated to the Billion Oyster Project, by which they’re reintroduced, as oyster reefs, into the New York Harbor. A textile dyer from Greenpoint drops by with some regularity to collect discarded carrot tops, avocado pits, and beet skins, which she uses to stain fabric. A company called Grounded Upcycling has taken the restaurant’s coffee grounds to be reincarnated as body scrub. Even the biodegradable wine corks wind up as material for art and buoys. Any organics that can’t be repurposed by other means are composted. “It’d be much easier to just use one waste hauler,” Naama told me. “You make a sacrifice for sustainability.”

If there is a sacrifice being made, it is not borne by the Lighthouse patron, for whom eating responsibly and eating well are perfectly compatible. Most of the menu items are meant for sharing, starting with the hummus, a medley of constantly changing ingredients; a recent iteration involved sprouted chickpeas, pine nuts, olive oil, lemon juice, garlic, and Calabrian chilies. Other meze plates include marinated feta, eggplant labneh, and tahini with harissa. They come with pita, but I advise ordering a few slices of the rustic sourdough, which is baked in-house and warmed on the grill. The richly flavored steak tartare is prepared with shallot, Pecorino, horseradish, and beef from cattle raised in keeping with the welfare guidelines developed by the American Society for the Prevention of Cruelty to Animals. 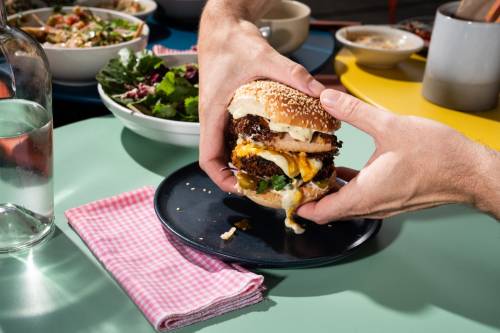 Most everything is locally sourced; the free-range chicken comes from an organic live-poultry market in the city.

Assaf and Naama classify Lighthouse as Mediterranean, and that’s certainly the vibe—big windows, vaguely nautical furnishings, philodendrons and other greenery everywhere. But the menu also branches out. Take the chicken shawarma: it’s jerk-marinated overnight, dry-rubbed with spices (cumin, turmeric, sumac, za’atar), swirled in lemon juice and garlic, then grilled and spread with tahini and Calabrian chilies—then it’s topped with Korean cabbage salad seasoned with sesame oil and served with Bulgarian Shipka peppers. Accompanied by the house sangria, made with Spanish sparkling wine, Japanese sake, and a botanical liqueur from Rocky’s, in Brooklyn, the dish is transporting. I don’t care what the traditionalists say—the combination was meant to be. 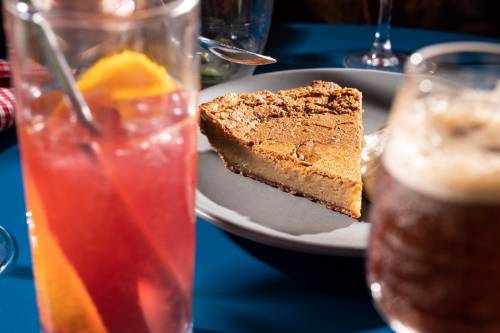 The chess pie has a caramelly center and a sweet-and-savory crust, and comes with a side of vanilla labneh.

Naama likes to say that her food doesn’t leave you with a hangover, moral or otherwise. Inviting scandal, I recently spent a pleasant evening, solo, eating a meal sufficient for a family of four, and found the proposition only partially true. I had no room for dessert, but took home the chess pie (sweet-and-savory crust, caramelly center) and a side of vanilla labneh—in a plant-based compostable container, naturally. (Entrées $16-$36.) ♦

Previous : The Spaced-Out Jazz of Sam Gendel and Sam Wilkes
Next : Uzbek MiG-29 and Afghan Embraer Collide in Skies Over Uzbekistan, Pilots Survive