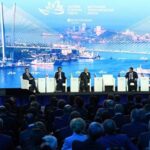 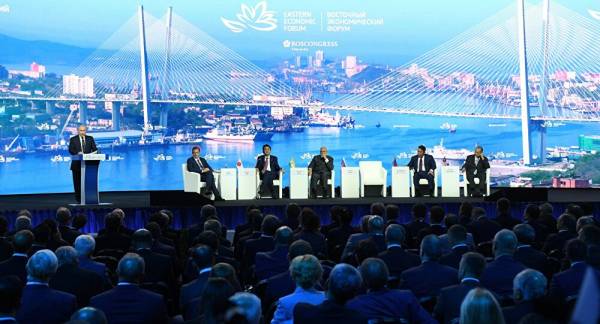 MOSCOW, (Sputnik) – Japan’s delegation will participate in the VI Eastern Economic Forum (EEF), which is scheduled to take place from September 2-4 in the Russian Far Eastern city of Vladivostok, the EEF organizers said on Wednesday.

Adviser to the Russian President and Executive Secretary of the EEF Organizing Committee Anton Kobyakov met in Moscow with Japanese ambassador to Russia Toyohisa Kozuki to discuss bilateral cooperation, including during the forum.

Japan’s delegation is set to negotiate on existing and new projects in energy, logistics, urban development, the country’s ambassador said.

The Eeastern Economic Forum, scheduled to take place from September 2-4 on the campus of the Far Eastern Federal University in Vladivostok, is aimed at developing relations among Russian businesses and attracting national and international investors to Russia’s Far East. The first EEF was held in 2015 at the initiative of the Russian president.

Previous : Some 1.1 Million People in US Without Power Due to Hurricane Ida – Energy Department
Next : Heads of Foreign Universities Expected at Education Conference in Vladivostok