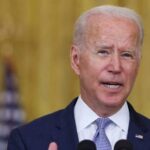 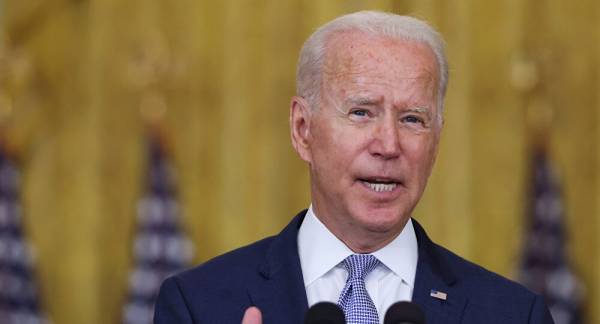 Joe Biden’s calls for stepping up oil output appear to have raised OPEC+ members’ eyebrows, as the alliance has already started to gradually increase production starting in August 2021. Meanwhile, both Democrats and Republicans have accused the president of hypocrisy.

President Biden has come under heavy criticism from both sides of the aisle after he urged oil-producing countries last week to extract more crude as gasoline prices in the US continue to soar, the Hill reported on Wednesday.

Progressive Democrats and climate change activists have lashed out at the US president for seemingly betraying his “green” agenda and encouraging fossil fuel production.

At the same time, Republicans and conservative observers insist that soaring gasoline prices are the direct result of Biden’s domestic policies, including shutting down the Keystone pipeline project.

​In some sense, President Biden has indeed become a “uniter” as “he’s uniting conservatives and progressives who are all pointing out that his energy strategy is incredibly anti-American and foolish,” House Republican Whip Steve Scalise (La.) told reporters on 17 August.

“The progressives see the hypocrisy in President Biden’s action just like we do,” Scalise (La.) stressed.

On 16 August, Sen. John Kennedy (R-La.), Sen. Jim Inhofe (R-Okla.) and 22 other Republican senators called upon the president to reverse his decision to request assistance from the international oil cartel and reinvigorate the country’s energy sector.

Earlier on 11 August, the Biden administration urged the 13-member Organisation of the Petroleum Exporting Countries (OPEC) and its OPEC+ partners, which include other major oil producers such as Russia, to reverse crude cuts. OPEC+ struck a historic deal to reduce output in November 2016 and since then has maintained production restraints in a bid to stabilise plummeting oil prices.

​However, it appears that Biden has failed to “rein in” hydrocarbon producers, unlike his predecessor, whose “mean tweets” appeared to “regulate” oil prices, according to S&P Global Platts’ 2019 chart.

​Four sources, speaking on condition of anonymity, told Reuters on 16 August that OPEC+ believes that the global market does not need more petroleum, especially given that the alliance has already started stepping up production. In July 2021, oil-producing countries agreed to gradually boost extraction by 400,000 barrels per day a month starting in August until its current oil output reductions of 5.8 million bpd are fully phased out. One of the four sources told Reuters that there are no concerns that the planned schedule of increases could leave any demand unmet.