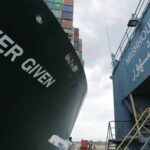 Ever Given Container Ship Arrives in Port of Rotterdam, Reports Say 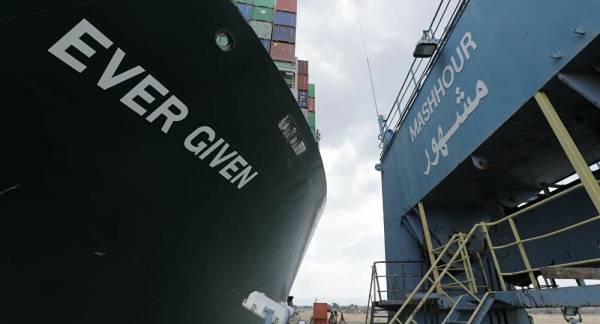 PARIS (Sputnik) – The Ever Given container ship, which in March blocked the Suez Canal, arrived at the Dutch port of Rotterdam early morning Thursday after having been released by authorities in Egypt, the Netherlands NOS broadcaster reported.

The 400 meters long (1,312 feet) Panama-flagged vessel left the territorial waters of Egypt on 13 July after being held by local authorities for 107 days after the blockage of the canal.

The Ever Given ship transports about 14,000 containers of goods, partly for the Dutch market, the NOS said with reference to the port of Rotterdam. The ship is expected to stay in Rotterdam until the beginning of August for the unloading of cargo. Then the ship will head to the English city of Felixstowe.

©
REUTERS / HANDOUTA view shows the container ship Ever Given, one of the world’s largest container ships, after it was partially refloated, in Suez Canal, Egypt March 29, 2021

The container ship made headlines on 23 March when it became jammed across the Suez Canal, completely blocking one of the world’s busiest shipping lanes for almost a week. It was not until 29 March that Ever Given was dislodged, thanks to unceasing excavation and towing efforts.

The ship was ordered under detention in April after the Suez Canal Authority demanded $916 million in compensation for salvage expenses and lost revenue for the six-day blockage. The amount was later lowered to $550 million. In May, the court suggested the sides try to negotiate a settlement.

Previous : $2 Trln in Chinese Wall Street Listings Could Be Swept Away Amid Growing PRC, US Regulatory Pressure
Next : REC Names Regions Leading Implementation of Export Standard 2.0 in the First Half of the Year